I’ve sat at this computer multiple times trying to articulate all the events that happened in the airport the FIRST time I tried to get to Atlanta, Georgia for training.

It was so overwhelming, and honestly, it wasn’t until I ended that hectic day that I actually saw God in it.

However, what happened in the airport as I left training camp was nothing short of God’s grace either! I’d like to believe I was unable to write this post because He wasn’t finished with the business he had for me at the airport. He is the God who finishes what He begins. It wasn’t enough to have a roundtrip ticket, but He wanted to give me a roundtrip EXPERIENCE.

I was late to the airport and missed my flight. I have never, let me repeat—NEVER missed a flight. I’ve pushed it close, but my body always made it in a seat on the airplane that was to carry me to my next destination. Missing my flight caused a ripple effect of events because now I wouldn’t have a shuttle to get to training camp for storyteller, which meant I would have to find a place in Atlanta to sleep until the next day. After already having to pay a fee for a change of flight, your girl was dry. I couldn’t do that. So, I eventually had my flight rescheduled for the next day and everything played out fine. But here are the God moments I realized in retrospect. 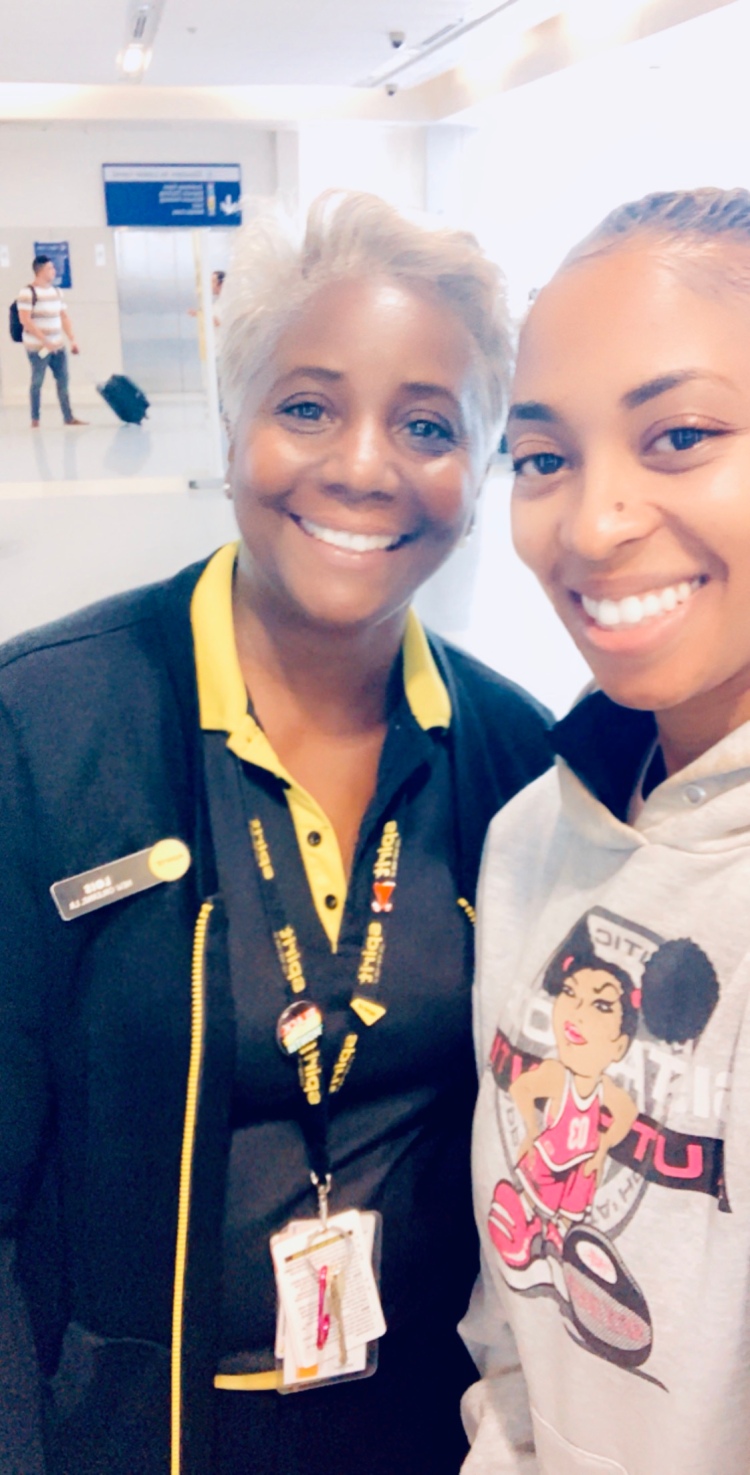 Lois found my bag and brought it back. After everything was settled, I saw Lois as she was leaving for her lunch break. She told me she never goes down to look for a bag, but that God told her she needed to go down herself. She also said, “distractions come in the way when you’re on the right path.” That’s so true! I could have easily thought, “Maybe I’m not supposed to do this whole World Race thing.” Which is so untrue! Training camp confirmed that for me. ( I will soon post about training camp in another entry).

Now, let’s fast forward to my trip back home.

I shared with him what I was doing and he introduced me to the people he was traveling with (who were in the education field – WOOT WOOT!). We conversed and they ended up praying for me. You ever wish you could pocket prayers? You know the prayers that are so needed that you could play them again and again for encouragement? Well, that’s how I felt when Daisy prayed for me. She specifically prayed about the call to obedience, and y’all, that’s been the hardest part about the World Race for me (more on that in a different post). That encounter truly blessed me.

So what can I say? I started and ended my training camp flights with tears.

But God was with me.

Lining up the right people and the right connections.

As the ultimate Pilot of my life, He will get me to the right destination.

Yet, if I stay fastened to Him, I’ll land safe and secure.

As always, thank you for reading and for your support whether it be prayerfully, financially or both. If in prayer, please use this post for more specific ways to pray. If financially, thank you for the work your donation allows me to do.

I look forward to what God has in store!

Until Heaven or Sooner,

2 thoughts on “Angels in the Airport”